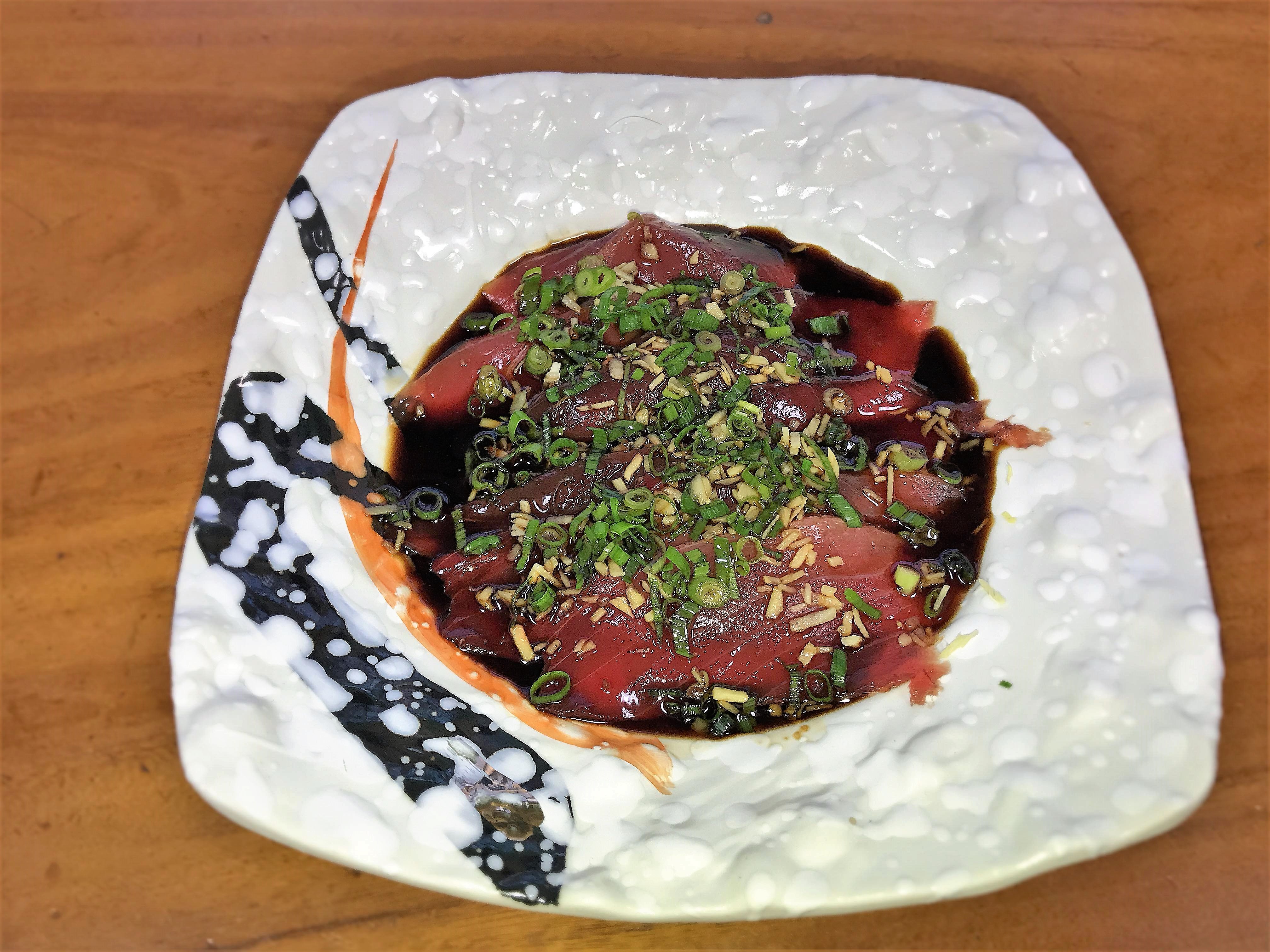 1. Slice the bonito fillets thinly. Usually the bonito is often cut relatively thick, but making it a few centimeters thick is the point where you can eat deliciously. 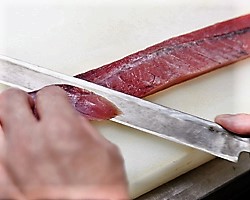 2. Arrange them so that they do not overlap so that the sauce goes through evenly. 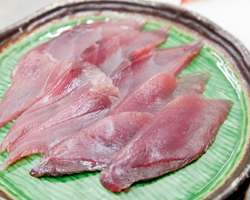 4. I put the Suzunoya’s secret fisherman’s sauce. In the image, it is often thought that pickling is not picky for a day, but in fact, if you pickle the bonito sauce for a long time, the body sucks in the sauce and it becomes a persistent taste. The secret to eating is to eat 5 minutes before eating. The taste is further enhanced by mixing it with an appropriate amount of lobster miso. 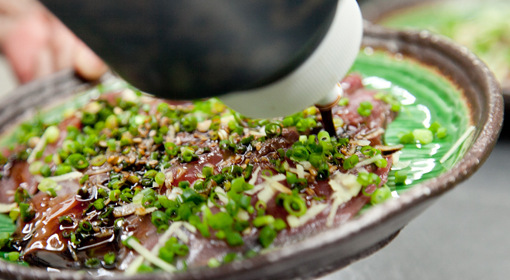 5. Marinade bonito is completed!The unique smell of bonito disappears, and even people who are not good at bonito can eat deliciously! 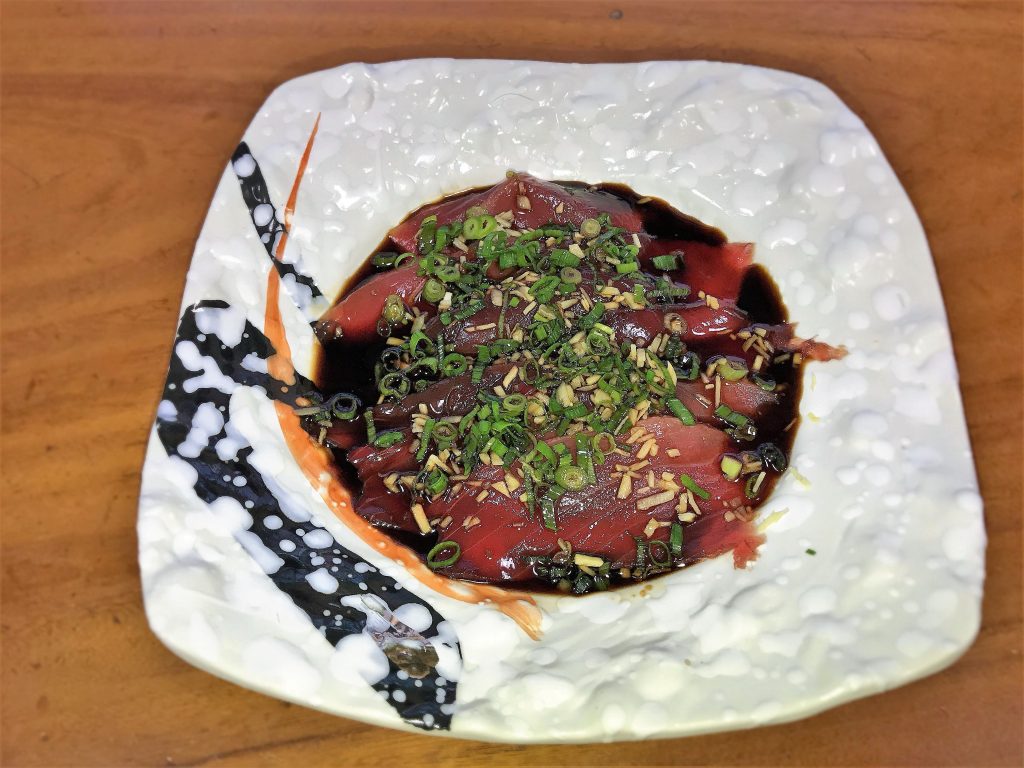 It would be nice if a lot of people could know the fisherman’s “Katsuo no zuke” using this fisherman’s sauce!